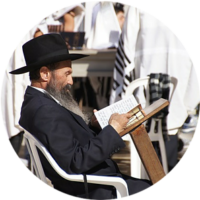 What Is The Meaning Of The Word Hebrew?

Abram was called “Abraham the Hebrew” in Genesis 14:13, which is the first time that the word is used in the Bible. Where did this term come from, and what does it mean?

In Hebrew, the word “Hebrew” is pronounced “Hebrew” (Ivrie). The root letters denote crossing across or passing through. In today’s Israel, we can use the word to refer to transferring houses, breaking the rules, overcoming obstacles, crossing a road, crossing a river, and so on. Essentially, traversing, passing, or crossing over. It appears to have largely related to persons who crossed rivers in the Bible. The symbolic significance of this should not be overlooked by those of us who love God’s Word!

It is thought that Abraham was given the name “Ivrie,” which means “one who has crossed,” because he arrived from the opposite side of the river. He and his family had gone from near the Euphrates River, passed into Haran, and then been invited by God to return across the river to the region that we now know as Israel. He also had an ancestor with that name (– Eber, Gen. 11:14), which could explain the connection, but in any case, the Hebrews (– Ivrim, plural) are linked to river crossings a few times in the Bible.

Joshua gives us this account of events and a clue to how the descendants of Jacob/Israel became known as Hebrews – Ivrim – those who had traversed:

Joshua: Your forefathers dwelt beyond the Euphrates, Terah, Abraham’s and Nahor’s father, and they worshipped other gods. Then I took your father Abraham from beyond the River and guided him all over Canaan, multiplying his descendants. Joshua: After that, I took your fathers out of Egypt and brought you to the sea. And the Egyptians pursued your fathers to the Red Sea with chariots and horsemen… Then I took you to the Amorites, who resided on Jordan’s other side.

They resisted you, and I handed them over to you… “Fear the Lord, then, and serve him with sincerity and loyalty.” Serve the Lord instead of the gods your fathers worshipped beyond the River and in Egypt. And if serving the Lord offends you, pick whoever you will worship this day, whether the gods your fathers served beyond the River or the gods of the Amorites in whose land you live. My family and I, on the other hand, shall serve the Lord.” (verses 3–15 of Joshua 24)

As you can see, there are multiple mentions of watery crossings: Abraham’s arrival from beyond the Euphrates River, the Exodus’ dramatic Red Sea crossing, and then the Promised Land’s admission across the Jordan River. The Jordan river heaped up on either side as the priests stepped onto the riverbed as they arrived at their destination. These Hebrews, these Ivrim, have certainly travelled a long way! As if to emphasise the point, the Hebrews experienced not one, but two miraculous water crossings: the first and most famous of which was the dividing of the Red Sea, but when they eventually arrived at their objective, the Jordan River piled up on both sides as the Hebrews walked through it.

The Jordan river heaped up on either side as the priests stepped onto the riverbed as they arrived at their destination. These Hebrews, these Ivrim, have certainly travelled a long way! As if to emphasise the point, the Hebrews experienced not one, but two miraculous water crossings: the first and most famous was the parting of the Red Sea, but when they finally arrived at their destination, the Jordan River piled up on either side as the priests set foot on the riverbed, and the Hebrews crossed over on dry ground into their inheritance in the Promised Land.

“Put away the gods your fathers served in the region beyond the River… as for me and my house, we will serve the Lord”.

For Joshua the symbolism was clear: on one side of the river is idol worship, but we have left that life behind when we crossed over to the other side. Now we will serve the Lord.

The astute will notice that just as the blood of the Passover Lamb preceded going through the waters of the Red Sea, just as the blood sacrifice is offered on the altar outside the tabernacle before the priests come towards the Holy Place and wash with the water of the giant laver, blood and water feature in our salvation in the same order: the blood of Yeshua and the water of baptism. When we come through the waters of baptism, we publicly declare that we are leaving our old lives behind, beyond the river, and are crossing over into a new life of serving God alone.

Hundreds if not thousands of believers come from all over the world to be baptised in the River Jordan, but each one of us who has received forgiveness, thanks to the blood of the Messiah, has crossed over from death to life – from darkness to light. We have left our old life “beyond the river” and gone through the other side, into a whole new life.
We can intentionally put away the ‘gods’ that we used to serve – whether it was money, attention, success, validation, or distraction… leaving all these ‘gods’ behind in the region beyond the River that we passed through, from death to eternal life. We have joined the Ivrim who have crossed over! Let’s declare with Joshua, “As for me and my house, we will serve the Lord”.

The Hebrew days of the week:

Some Of The Interesting Facts About The Hebrew Days Of The Week:

1 On Sunday, the Hebrew week begins.
According to Jewish belief, the world was formed in six days, with Saturday being the seventh and final day of the creation week. As a result, the Jewish week begins the day following Saturday (Shabbat)

2 The Hebrew weekdays are named by their order, with the exception of Shabbat.
Rishon translates to “first,” Sheni to “second,” Shlishi to “third,” and so on. The Hebrew word Shabbat, on the other hand, implies “to cease working” or “to rest.” God created the world in six days and rested on the seventh, according to the Book of Genesis. As a result, the seventh day is Shabbat, a day when no work is permitted. There are numerous Shabbat laws in the Jewish Bible, particularly in the five books of the Torah. They concentrate on the finest practices for keeping Shabbat as a day of rest.

3 The Jewish day does not begin at daybreak, but rather at sunset.

The day begins at sunrise in many places of the world. While this makes reasonable, orthodox Judaism does not follow this logic. The Bible refers to the day as the period of time that passes between one nightfall and the next in a few places. To be more precise, the day begins when three stars appear.
It should be emphasized that there were several ancient Near Eastern cultures in which the day began at night, one of which was Babylonian. As a result, this custom is not unique to Jews.

The Months of the Hebrew calendar

The Hebrew calendar is a lunisolar calendar, meaning that months are based on lunar months, but years are solar years. Leap months are added periodically to synchronize the twelve lunar cycles with the longer solar year. The beginning of each Jewish lunar month is based on the appearance of the new moon. The true new moon’s moment is currently estimated arithmetically as the mould, which is the mean new moon to an accuracy of one part, despite the fact that witnesses were originally necessary to observe the new lunar crescent.

The Jewish year is divided into lunar months. Unlike the Gregorian solar year, which is used over the world today, the Jewish year’s months are based on the phases of the moon. The length of the months is the most obvious example of this. The Gregorian calendar’s months fluctuate in length between 28 and 31 days in order to form a solar year of 365 (or, in leap years, 366) days, but the Jewish calendar’s months are either 29 or 3o days long. This is due to the fact that a lunar month is 29.5 days long and must always start with the new moon.

A lunar year, on the other hand, is 11 days shorter than a solar year. The rabbis developed a system over time that allowed them to coordinate their lunar months with the solar year by inserting a leap month at the end of the year seven times in every 19-year cycle to ensure that the various seasonally based holidays in the Jewish calendar continue to occur at the correct season. The third, sixth, eighth, eleventh, fourteenth, seventeenth, and nineteenth years of the cycle are now determined. Although Rabbi Hillel II is credited with inventing the system in the fourth century CE, it is more likely that it evolved slowly over the duration of the mid to late first centuries CE.

Babylonian Origins of the Months’ Names

Babylonian names for Jewish months were adopted by the Jews as of the Babylonian exile in the sixth century BCE. The Bible indicates that until then the months were often called simply by their numerical position in the year. The Gezer Calendar from the 10th century BCE, arguably the oldest Hebrew inscription ever discovered, refers to the months according to the agricultural activities associated with them.