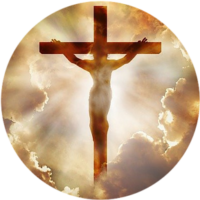 Christianity is an Abrahamic monotheistic religion based on the life and teachings of Jesus of Nazareth. The word ‘Christian’ refers to someone who is a follower of Jesus Christ.

now, what then makes one a Christian? is it being baptized? confirmed? or belonging to groups in the church?

A different viewpoint and explanation of what a Christian is can be found in the Bible.
Acts 11:26 states: “Throughout the course of a whole year, Saul and Barnabas met with the church and imparted knowledge to a sizable crowd. Antioch was the first place to refer to the disciples as Christians.” Because of how much they spoke and behaved like Christ, they were referred to as “Christians.” Because of how they spoke and behaved, followers of Jesus were first referred to as “Christians”. A Christian is a person who exhibits the character and heart of Jesus.

An individual is considered Christian if their actions and disposition are those of Jesus. According to Acts 11:26, the term “Christians” was first used on the disciples at Antioch.

To those in Antioch, the word “Christians” (Acts 11:26) is a Mockery word they used on the followers of christ who continued in the same life of their dead master. A life of segregation from others and living together with only those of the same faith. in the eyes of those in Antioch, Christians are stupid and confused.

A dictionary definition of a Christian

A person professing belief in Christ or in the religion founded on his teachings would be described as a Christian, according to the dictionary definition. The New Testament makes three appearances of the term “Christian” (Acts 11:26; 26:28; 1 Peter 4:16). Because of how they behaved, acted, and spoke, those who followed Jesus Christ were first referred to as “Christians” in Antioch (Acts 11:26).

The Meaning Of The Word “Christian” Has Diminished Greatly.

Unfortunately, the meaning of the word “Christian” has diminished somewhat through time, and it is now frequently used to refer to someone who is religious or has high moral standards but may or may not actually be a disciple of Jesus Christ.
You are not automatically a Christian just because you belong to a church, regularly attend services, and provide money to support its operations. Even among those who reject and have no faith in Jesus Christ, there are many who identify as Christians.

The Bible teaches that our good deeds cannot make us righteous in God’s eyes. He saved us, not because of the good deeds we had committed, but because of his kindness, according to Titus 3:5. He delivered us by the Holy Spirit’s cleansing, regeneration, and renewal. Therefore, a Christian is someone who has placed their confidence and trust in Jesus Christ and has been born again by God (John 3:3; John 3:7; 1 Peter 1:23). According to Ephesians 2:8, “you have been saved by grace through faith—and this is not from yourselves, it is the gift of God.”

A true Christian is someone who has placed their faith and confidence in Jesus Christ, including His death on the cross as atonement for sins and His third-day resurrection. Yet, according to John 1:12, “he gave the right to become children of God to all who received him, to those who believed in his name.” Love for others and obedient living according to God’s Word are characteristics of a true Christian (1 John 2:4, 10). A true Christian is someone who has been given new life in Jesus Christ and is, therefore, a child of God, a member of God’s true family. What Does it Mean to be a Christian?

Many individuals believe that becoming a Christian is as simple as occasionally attending church or only holding a religious belief. A Christian is someone who believes in Jesus Christ and follows his teachings. The Bible says ‘If anyone is in Christ, there is a new creation. The old has gone, the new has come.’ This means that when we become Christian we may look the same on the outside, but something has forever changed on the inside. There are various metaphors to describe it – we have ‘changed country’, ‘come under new ownership, or ‘been born again’. Christians believe that God sends his Holy Spirit to live within everyone at that moment.

“If anybody is in Christ, a new creation has taken place. The new has arrived, and the old has left.

According to what the Bible says, baptism is the symbol and indication of a new life in Christ. A person’s life direction has changed after becoming a Christian. They have confessed to God for everything they have said and done wrong. “You are controlled not by the sinful nature but by the Spirit if the Spirit of God lives in you,” the Bible book Romans says in reference to this new way of living. According to Christian doctrine, a person’s relationship with God is restored via repentance and newfound faith.

Christians hold that the triune God—Father, Son, and Holy Spirit—consists of one person, Jesus Christ. They accept the biblical traditions that claim Jesus was divinely conceived, lived for around 30 years, and then spent three years travelling the Middle East. Christianity claims that even though Jesus was betrayed, tried, convicted, and crucified, he was subsequently resurrected from the grave.

What Does it Mean to Behave Like Jesus Christ?

Our actions as Christians reflect, and resemble Christ because we have placed our confidence and trust in His atoning death on the cross and subsequent resurrection. Being like Christ means treating people with kindness and mercy, and being able to die for your enemies. But becoming a Christian is more than just doing good deeds. It is a servant and sacrificial life. The person of Jesus Christ is the main distinction between all other world faiths and Christianity. Who is Jesus in Christianity?

2. John 1:14 “And the Word became flesh and dwelt among us, and we have seen his glory, glory as of the only Son from the Father, full of grace and truth.”

4. 2 Corinthians 5:21 “God made him who had no sin to be sin for us so that in him we might become the righteousness of God.”

5. Isaiah 44:6 “Thus says the Lord, the King of Israel and his Redeemer, the Lord of hosts: “I am the first and I am the last; besides me there is no god.”

6. 1 John 5:20 “And we know that the Son of God has come and has given us understanding, so that we may know him who is true; and we are in him who is true, in His Son Jesus Christ. He is the true God and eternal life.” What is Christianity according to the Bible?

According to Christian doctrine, God is a triune being composed of three persons: the Father, the Son, and the Holy Spirit. Jesus is our Lord and Master; He is not our co-pilot. We are Christ’s doulas or slaves; Christianity means follower of Christ.

7. Acts 11:26 “And when he had found him, he brought him unto Antioch. And it came to pass, that a whole year they assembled themselves with the church, and taught many people. And the disciples were called Christians first in Antioch.”

8. Galatians 3:1 “You foolish Galatians! Who has bewitched you? Before your very eyes, Jesus Christ was clearly portrayed as crucified.”

9. Luke 18:43 “Immediately he regained his sight and began following Him, glorifying God; and when all the people saw it, they gave praise to God.”

10. Matthew 4:18-20 “Now as Jesus was walking by the Sea of Galilee, He saw two brothers, Simon who was called Peter, and Andrew his brother, casting a net into the sea; for they were fishermen. And He *said to them, “Follow Me, and I will make you fishers of men.” Immediately they left their nets and followed Him.”

11. Mark 10:21 “Looking at him, Jesus felt a love for him and said to him, “One thing you lack: go and sell all you possess and give to the poor, and you will have treasure in heaven; and come, follow Me.”

12. Luke 9:23-25 “And He was saying to them all, “If anyone wishes to come after Me, he must deny himself, and take up his cross daily and follow Me. For whoever wishes to save his life will lose it, but whoever loses his life for My sake, he is the one who will save it. For what does a man profit if he gains the whole world, and loses or forfeits himself?”