This Was Why God Killed Uzzah For Touching The Ark!

This Was Why God Killed Uzzah For Touching The Ark!

David decided to bring God’s ark to Jerusalem by Uzzah and Ahio the sons of Abinadab without consulting God (2Sam. 6:3).

God Uses Those He Called And Trained For A Particular Purpose.

“Then the LORD’s wrath was kindled against Uzzah, and God smote him there for his transgression” (2 Samuel 6:6,7 also 1 Chronicle 13:9-12). Only priests descended from Aaron were permitted to touch the Ark of God, according to God’s mandate Num. 4:15. While the Ark remained at Abinadab’s house, it appears that his son Uzzah became used to it, and his familiarity caused him to disregard God’s specific restrictions.

Note: do not do for God what you were not called to do. David could have built God’s temple in all his zeal, love for God and curiosity, yet God said no. Of a truth, Man can not do God’s work, God does His work using Man.

Obedience To God’s instructions Matters To Him.

When Aaron and his sons have covered the holy furnishings and all the holy articles, the Kohathites are to do the carrying. But they must not touch the holy things or they will die. The ark was to be carried only upon the Levite’s shoulders and those of the family of Kohath using poles, God had given Moses and Aaron specific instructions about the movement of the Ark of the Covenant. Touching the ark was in direct violation of God’s law and was to result in death. (Exodus 25:12-14; Numbers 7:9).

David made a great mistake when he took men with him to collect the ark, rather than allowing the Levites to bring it to him. The ark was to be borne upon men’s shoulders and carried by Levites only, and those of the family of Kohath, using the poles prescribed. Failing to follow God’s precise instructions would be seen as not revering God’s words when He spoke them through Moses, whom He had appointed. It would also be an independent attitude that might border on rebellion, i.e., seeing and acting on things from a worldly perspective.

Also, the ark had lingered at Abinadab’s house for a while (2 Samuel 6:3), where his sons Uzzah and Ahio may have become accustomed to its presence. “Familiarity breeds disdain,” goes the old adage, and it might be true in this case. Uzzah, who had spent so much time around the ark in his own house, was inclined to forget the holiness it signified.

God Doesn’t Want Us To Work For Him, He Wants Us To Work And Walk With Him Daily.

When Moses struck the rock instead of speaking to it as God had directed, he forfeited his right to enter the promised land because he believed his intervention was required. God is gracious and caring, but He is also holy, and He uses His power to defend His holiness. His holy anger is sometimes brought about by transgressions to His holiness. Even King Saul gave sacrifice instead of the required obedience. The permissible or conditional will of God is not his perfect will and the ignorance of this sacred principle kills. Uzzah believed for a little time that it was his obligation to safeguard God’s integrity and that our almighty God need Uzzah’s help in some way.

It’s worth noting that God’s presence in the Ark of the Covenant appears to be lost in today’s church. The more we strive to bring God down to our level, and the more we replace obedience with our useless manipulative faith as if to say that we are remoting and controlling God’s hand, the more remote He will appear to us. The people were aware of God’s holiness throughout Moses’ time. Those who approach God with reverence and holy fear are those who will come close to Him.

God’s holiness Can Destroy A Man Even In God’s Service.

Uzzah’s motives may look innocent to man, yet they were not holy, and our conscience may be clear in certain things, yet that doesn’t justify us, thus he was killed as he sought to steady the ark with his hand (Note these Bible portions: Hosea 4:6 KJV, 1 corinthian 4:4 good news version). Despite the fact that the oxen tripped in the Bible, the Ark did not fall. The Lord was in charge of keeping His Ark safe. God didn’t require Uzzah’s assistance (Psalm 46:1), He is a holy God and charges his children to be holy so they can come into his presence without harm (1 Peter 1:16).

Uzzah’s death served as a warning to others that God is a just God who expects absolute obedience. The Israelites were taught the value of God’s strict covenant compliance as well as the horrors of sin. If Uzzah had been spared punishment, his example may have led to the sins of many others.

Note; 1 Samuel 5:6-8: God does not delight in the death of His children, but He is just in all of His dealings (Psalm 25:8). The Philistines had already touched the ark while transporting it to their land and had escaped God’s wrath. They were unaware of God’s instructions for managing it, and as a result, the Lord chastised them for keeping it.

Davids’s Failure To Inquire Of The Lord, And Follow God’s holy Ordinances And Commands As Recorded By Moses, Led To Uzzah’s Death.

The Ark was to be conveyed using poles, not on a cart, as God had instructed (Num. 4:6). “They will not touch the sacred artefacts [or] they will perish,” God told the priests. David used to seek advice when making major judgments (2 Sam. 5:19, 23), but we don’t see those phrases in this part. “Because of the Lord’s outcry against Uzzah,” David “got enraged” (v.8).

None of the Philistines was killed when they transported the Ark. (1 Sam. 5:1-5). However, the people of Israel were condemned because they should have known better, and although it is true that ignorance is not an excuse for breaking the commandment, God did engage in this covenant with their forefathers. Many things that happen in our life are a result of the covenants that our forefathers made with a deity.

This scriptural event teaches us that we can’t always rely on our spiritual leaders to make our decisions for us. Uzzah may have claimed, “I was merely following orders!” in this circumstance. David advised me to go ahead and do it! However, God certainly held him accountable for his choice to relocate the Ark.
It is better to please God than man, so keep that in mind when you obey commands.

Yes, God could work through such a “bait-and-switch,” but this isn’t God’s usual way. We need to learn to do God’s work in God’s way, and that I mean, “consulting God always” as we serve him. God takes extra precautions to ensure that we obeyed his instructions. “Surely this scripture teaches that when we engage into the service of God, it is not enough to have a worthwhile aim and an appropriate spirit; God’s job must also be executed in God’s way,”. Pursuing the proper goal does not always entail employing the appropriate methods. 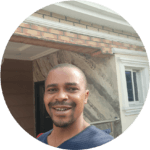 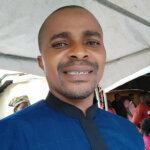 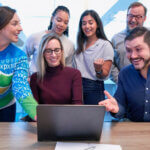