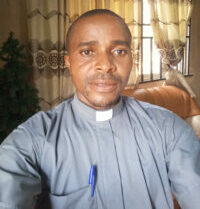 A sacrament is a Christian rite recognized as of particular importance and significance. There are various views on the existence and meaning of such rites. Many Christians consider the sacraments to be a visible symbol of the reality of God, as well as a channel for God’s grace.

Many Protestant churches, especially those that adhere to the Reformed tradition, believe that Communion and Baptism are two sacraments that were established by Christ. Some religions, including Quakerism, don’t observe any of the ceremonies. The number of sacraments in the early church was unclear and varied; Peter Damian, for example, listed eleven, which included the ordination of kings. About 30 were mentioned by Hugh of Saint Victor, however, he placed significant emphasis on baptism and holy communion initially. The number of sacraments in the early church fluctuated and was not well defined.

Baptism and the Lord’s Supper were two of the early Church’s sacred ordinances. But for a very long time, other sacraments were all under consideration. many churches see the sacrament to illustrate the idea that it serves as an external representation of an inward grace that was established by Jesus Christ. In the fifth century, ordination and confirmation were recognised as sacraments. Other sacraments, such as extreme unction, marriage, and penance, were added by Ambrose, the bishop of Milan. The twentieth century saw the establishment of these Seven Sacraments in accordance with Catholic doctrine, as to being established by Jesus and given to the Church. These include;

1. Baptism.
2. Eucharist.
3. Confirmation.
4. Sacraments of Reconciliation.
5. the Anointing of the Sick.
6. Holy Matrimony.
7. Sacrament of Ordination.

The first and most fundamental sacrament of Christian initiation, according to the Roman Catholic Church, is baptism. Baptism is often administered in the Western or Latin Church by three times pouring water on the recipient’s head. “I baptize you in the name of the Father, and of the Son, and of the Holy Spirit,” is the baptismal formula (cf. Matthew 28:19). The formula for baptism in most Churches is: “The servant of God announces, I baptize N., is in the name of the Father, and of the Son, and of the Holy Spirit.” Sprinkling is not a common practice, but its validity is recognized as long as the water flows over the skin and the congregation responds with a loud Amen.

Catholics engage in the Eucharistic celebration of Jesus Christ’s one sacrifice by partaking of his Body and Blood. The third sacrament of Christian initiation is the Eucharist, often known as the Blessed Sacrament. As “the source and summit” of Christian living, Holy Communion is regarded. The purpose of confirmation, the third sacrament of initiation, is to “confirm” a person who has been baptized in their faith. The ritual is often carried out by a bishop or priest, who anoints the forehead with holy oil and says, “Be sealed with the gifts of the Holy Spirit.”

Confirmation also referred to as Chrismation, is the third sacrament of Christian initiation. It is delivered through “the anointing with Sacred Chrism,” which is an oil and balsam mixture consecrated by the bishop, in both the Eastern Church and the Latin Church. The recipient must be in a state of grace for confirmation to be effective, same as how baptism may only be received once.

The Catechism of the Catholic Church mentions various names for the sacrament. Through the sacrament of Reconciliation, Catholics can reestablish their relationship with God and the Church. The sacrament provides an opportunity for self-examination and requires that the person take full responsibility for their mistakes. During the rite, individuals privately confess their sins to a priest. The priest assigns specific prayers or makes amends as penance for the upcoming days. The Sacrament of Penance is the first of two sacraments of healing (or Reconciliation). The penitent must perform “penance,” also known as “making satisfaction for or expiating,” for his misdeeds (CCC 1459). A confessor who blatantly breaks the sacramental seal is excommunicated and cannot be reinstated until the Holy See does so. But sin also weakens and harms the sinner, harming both his connections to God and his fellow human beings.

Sins like willful pollution of the Eucharist and breaking the sacramental seal are reserved for the Holy See. For certain crimes to be forgiven, a special faculty from the Sacred Penitentiary is typically needed. Other examples include the consecration of bishops without the Holy See’s consent and direct physical assaults against the Pope.

5. Anointing of the Sick

The “Final Anointing” is one of the Last Rites of Extreme Unction. In this sacrament, a priest anoints the ill with oil that has been particularly blessed for this purpose. Those suffering from severe illness or damage are eligible to receive this sacrament. The sacrament can be taken as frequently as necessary during a person’s lifetime. Any faithful person who believes they are in danger may accept the ill person’s anointing. The anointing of the sick may be administered to any loyal person who has attained the age of reason and starts to put themselves in danger due to disease or old age (canon 1004; cf. CCC 1514). When the Eucharist is presented to the dying, which is one of the Last Rites, and Confession, which, if the dying person is physically unable to confess, at least absolution, subject to the existence of repentance,

Marriage is a sacrament of the Catholic Church that commits individuals to a particular duty of bolstering the Church, according to the Catholic Church Episcopal Conference. The Episcopal Conference and the Holy See must approve the sacrament’s administration. The Latin Church’s theological tradition calls for the couple to act as the sacrament’s ministers. In Catholicism, a baptized man and a baptized woman administer the sacrament of marriage to one another through their marital vows. Marriage is considered to be an indissoluble relationship since a Catholic sacramental marriage represents the union of Christ with the church as his mystical body. The marriage relationship serves to sanctify the husband and wife by helping them comprehend God’s love more fully.

Only men who are being ordained as deacons, priests, or bishops are eligible to receive ordination, also known as Holy Orders. The sacrament is claimed to impart a unique, indelible “character” on the recipient’s soul, similar to how Baptism and Confirmation do.