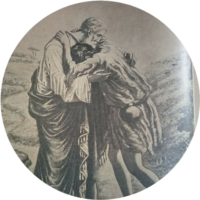 Parable of The Prodigal Son The prodigal son narrative has become part of our lexicon. The term “prodigal son” has also been applied to a variety of behaviours including being lost and found. Wrongly Interpreted Often Times. Three wise men (kings) are said to have visited Mary and Joseph at the time of Jesus’ birth. … Read more